Home » About Us » Breeds » British Alpine 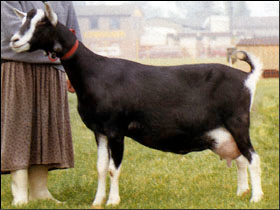 This goat is black with white Swiss markings and has been developed in the UK. The goat should be rangy with a short fine coat. The overall effect is a most impressive animal when the black coat acquires its summer gloss. The breed can be highly individual in character and tends to be a breed for enthusiasts who like a challenge. 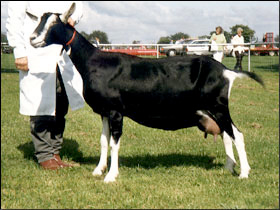